There are a number of amenities in the Kingmoor area.  Please click on a link to find out more.

Cumberland Nature reserve association was established in 1914 when the Corporation of Carlisle handed over the historic common of Kingmoor to be used as a nature reserve. Once a continuous strip of woodland over 2km long, the central section of the reserve was felled in 1933 to build an airfield. The airfield later became the Kingstown Industrial Estate.
The 1st annual report of the association explained how a “watchers” fund was established to generate income to maintain the reserve. The report goes on to outline the activity in the reserve which included over 100 bird nests under observation, 15 species of butterfly, 122 species of moths,  257 species of beetles and 120 varieties of plants.
The North reserve lies within Kingmoor Parish and the south reserve within the surrounding area. 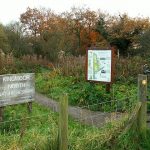 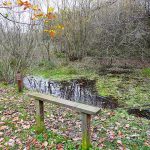 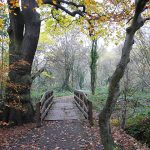 They are connected by a footpath which follows the route of the dismantled Waverley Railway Line. The line was closed to passenger trains in 1969.

The name comes from the fact that moorland in the areas was given to the city of Carlisle in 1352 by King Edward 111. It was used for grazing, peat cutting and a racecourse. The woods were planted in later centuries. The reserve is now managed by Carlisle City Council.